Gery (34), Malaysia, escort model
Tell that you are calling from likneon.com to increase your chances of getting a discount. Message     Call 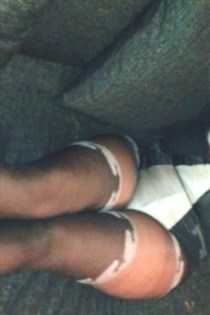 She is an ideal companion for sure....

I am a lovely passionate model and i would love to have fun on cam. Just an easy going tradie love the gym and exploring looking to meet new people and have fun not after anything serious.

The blonde is really hot

I left there with my friends, and ended up running into him again much later in the evening at a different place. I was no longer being particularly friendly - his little date was sitting on his lap and they were making out from time to time. Other people who had seen us together in previous weeks kept asking me "What on earth is this all about?" Hm. Anyway, eventually his date left and he came over to me and said "Can we sit down and talk?" I started off by saying thank you for a wonderful two weeks, which I think took him by surprise. Anyway, he said, "I can't give you what you need, I'm sorry." I said, and I don't even know where this came from, "Why? Are you gay?" and his answer still has me reeling. "Well, 30%, yes." ???? He would not elaborate. Anyway, we talked for a good while and finally the truth came out. He's in love with some woman who lives in Spain he met several years ago at a conference. They have kept in touch over email; she is 7 years older than he. He visited her this fall, came home and broke up with his girfriend of 5 years, and then, I suppose started going out with me. He said she no longer wants to write to him because she doesn't think it can work out, but he's terribly in love with her. Oh dear. So he gave up on two "real" people for an almost-imaginary relationship with a woman who is on the other side of Europe. He begged me not to talk about it with anyone (so of course I'm now putting it on the internet) and asked if we could forget "everything" that happened and be friends. I said no. Sometimes I think I'm trapped in a soap opera.

Then real time GPS her car.

all 3 of them are smokin'